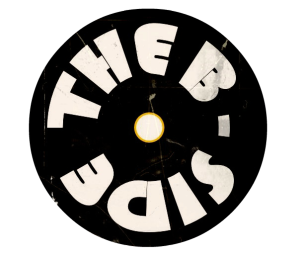 Where the auditory meets the literary

This is part one of an interview conducted by the The B-Side journal’s Arthur Kayzakian with poet Hari Alluri on how sound enters his poetry. The discussion encompasses his poetics, use of craft in regards to sound, his chapbook The Promise of Rust, and his forthcoming book The Flayed City.

What does it mean to be a poet in the 21st century?

In some ways, being a poet in the 21st century might mean the same as it did in any century or in centuries numbered differently or not at all: it means the act of searching for something alive amidst much death and something in death worth carrying to the living; it is also, to me, a search for something worth saying and a search for means of communicating at all: as your questions intone, sound, relations, textures, images, memories in and of and beyond the world all communicate, all respond and call and interject.

Right now within North America, the conditions that gave rise to the necessity of the Black Lives Matter movement are unique yet also similar and linked to the ones that activate indigenous folks and their allies to resist the Dakota pipeline (resistance being met today by outsized violence or, rather, violence that speaks clearly to the power and bent of those calling and enacting it), the Tar Sands and other encroachments. The oppression and displacement of peoples all over what folks now call the majority world has new versions and centuries of lineage. Poetry has and can and should respond to all of these moments and more: rendering our experiences and obsessions and desires: within the intimacies of our lives, the implications of our identities and the immensity of our imaginations.

And, we are in a moment wherein mass marketing pervades most spheres of life and, in the last few years, almost every time of day we don’t actively set aside, so many of us do need to set time aside for other types of engagement with the world. And again, many of us need to attend to what is ongoing or new or transformative, to celebrate some of the increased access while being aware where access remains blocked by obstacles.

Even with social media and while recognizing that song lyrics too are a form of poetry, the way most poetry in the world is experienced is through the oral sharing of words, through shamanic ritual, through the recitation of epic religious texts. Most people on the planet (which is to say, more people than have ever existed) will never share their poetry widely through either pen or page or screen. So, as poets respond and call and interject in any of these mediums that exclude most people’s stories—often the ones that most deserve to be told by those whose stories they are—I believe poets hoping to publish now, perhaps more than ever, must work to justify putting anything into the world at all, so we must practice the honing of our craft, a transmutation into language (which means, of course, an almost, a failure) of what was, is and might be.

Right now, in the midst of a both long-term and unique moment filled with cruelty, violence, oppression and exclusion, we are also, I hope, amidst a transformation of poetry: toward a more incantatory and real diversity of writers and political perspectives and images and stories and publishers and readers, in language, gender, sexuality, origin, all of it. And many folks are committed to this transformation alongside a love of deepening craft: where some people fear dilution, I see a beautiful thickening: a possibility for poetry itself to grow richer.

What is your relationship with the concept of oral tradition in storytelling and song?

I’m a believer that the origins of poetry have a place in the work I do today. As your question intones, the oral tradition is that source. I’m closer to song than storytelling, I think, song being perhaps my most primary engagement with cultural products as an adolescent, the place I experienced the most resonance perhaps, though I’m working on being closer to both. Poetry is definitely alive and well in song, and storytelling is a deep part of that. I think there’s pretty much consensus that music is the first cultural product after tools related to food, shelter and clothing, and might precede these at times when it comes to how we reach for what we need.

So, to shorten or pivot my answer: I’m committed to the oral tradition even as I work with poems that live on the page and interact with that medium in how they form.

I have always loved sitting alone with a book. And: some of the most beautiful poetic moments I’ve had involve reading to each other, in bed, in the lounge at VONA in San Francisco, in a parking lot on a mesa in New Mexico, on a stoop or in a venue in any town, in the places where I have worked with groups as well as in classrooms in San Diego, the ones in which I studied and the ones in which I now teach.

In terms of experiencing poems that land in my body, doing some of their work prior to meaning, some through shared moment, I’ve laughed out loud and exclaimed with voice and body and bawled my eyes out while listening to poems more often than I have while reading alone.

What are your poetic origins, influences, goals?

I mean: So. Damn. Many: and all three keep expanding as I acknowledge, interrogate and integrate more of myself and my experiences.

Goal: I want to write work that transforms myself and perhaps others.

Origin: I fell in love with poetry as a transformative force. Activistic even, in the sense of how activism led me to feel resonances I had not readily found elsewhere in the world. The first poem I kept on purpose is one that only exists because I was working with the UVic Students of Colour on a zine called PULSE. We had some space still within the format and one of the badass women who were my mentors and peers there asked me to write something and the other badass women who were my mentors and peers there supported the idea. Writing that poem was transformative: in the act and looking at the piece after, I found something in front of me I didn’t know I was feeling and didn’t know I thought. It reached down into my obsessions and it seemed to render the origins of my craft.

Through the work, I want to be part of making the English language more beautiful by making it more respectfully inclusive and, at the same time, less appropriative, which I believe is possible. If you’ve ever heard speakers of other languages render the silliness of this language, that is a source of poetry. And if you’ve ever heard folks mess up a phrase and render it more true, that is what poetry is. I mean, the work is to draw from and transform the language. So, great writers and artists and people I know and folks on the street are those I must learn from, and of course these groups overlap.

In relation, I want to write poems and books that end up being translated into many languages because—and this goes back to origins and influences—many of the poets (and novelists and thinkers and myth-renderers) who gave poetry to me were translated into English or came to me through other languages and mediums. I mean, the ancestral myths and histories that I have been able to read were translated (not the films as much, except by my poor father who was trying to watch something he loved but kept being interrupted by this boy who couldn’t understand his languages).

Resonance: today I feel like giving a shoutout to being moved and troubled by (a) the covers of Boney M records at the age of three and (b) the singer’s voice in the morning prayer chant my father played the record of daily when he was at home and (c) the lyrics to “When Doves Cry” at the age of seven and (d) comic books that arrived in Nigeria as partial threads and the ones I collected when I first immigrated and (e) standup comedians that literally almost killed me with laughter and (e) hip hop and soul and reggae songs I memorized growing up when all I read apart from liner notes was what school told me to and (f) returning to reading after twelve years and searching for the voices that would become my first official writing mentors as I finally returned to the pen I put down at immigration and (g) South Vancouver, Musqueam land, as a confluence of my ancestries and cultures before I arrived there and while I came of age there, a space of loss and makeshift, violent, beautiful camaraderie and (h) my people, mga tao, el pueblo, jai, jai.

Repetition: one of my goals, not personal but to be a part of activating, is for literature to help imagine and provide conditions for an actual and growing diversity of realities (and fantasies) rendered and shared.

In The Promise of Rust, the preservation of a native language seems to be one of the dominant themes of your chapbook. Can you explain how?

Just the other day, amazing writer and love Lizz Huerta told me how a friend of hers is working with the nine remaining speakers of the language of the keepers of the land where San Diego is built. She passed on to me that the Kumeyaay word for rain is something like “the sky is standing,” with the intonation that the rain becomes the legs. Folks I know are doing revitalization work up Coast Salish way. I was writing a Silver Surfer poem the other day and the act of surfing can be translated from the Hawaiian phrase he’e nalu as to slide on waves—surfing of course originated as a practice among people of the Pacific Islands (and I include Hawaii among them, though it’s up to the folks of those places to decide and self-identify so of course I defer to them).

By similarity and contrast, The Promise of Rust speaks to the displacement of language, or the continuance of practicing (and re-learning pieces of) languages and what they offer after they have been taken or forgotten or not-passed-on. The subjectivity of the Rust is similar to mine in this sense of having lost ancestral languages and in the sense of wanting to build understanding that admits, resists, carries and transforms that loss. Forgive my obsession here, but because I wasn’t born in the spaces of my ancestral languages, I do not have that nativity, and I think of a native language more in terms of one that is of a land and then is forcibly displaced within that land and among its speakers. My own displacements take on a different form and, in that sense, so does Rust.

Some enter the poem through ideas, and others through the sound of language. How much does the sound of words influence your poetry?

Short answer? A lot, and increasingly so. I find sound to be part of what drives the emotional narrative of poems, creating tension, expectation, resolution or more tension: and sound is a form of texture that works with and against the other forms of texture—including ideas—in a poem: to call in a reader or listener: and texture allows a poem to return and transform over time: to work inside the individual and social body: enacting returns, enacting transformations.

One thought on “Follow the Rhizome: An Interview with Hari Alluri Part 1”